"Transforming your life is a journey." drh 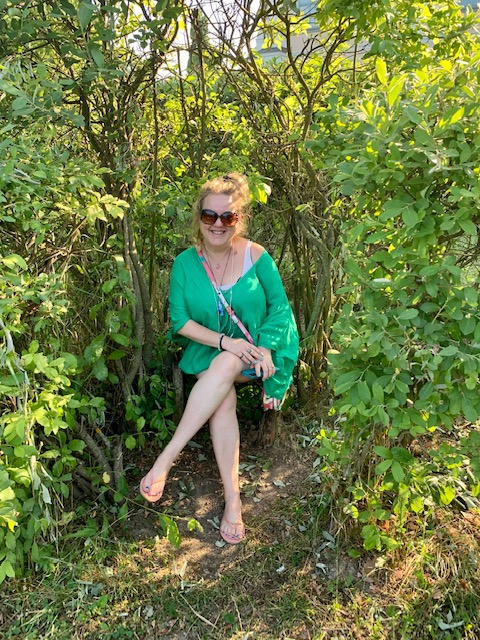 Ayurveda is the knowledge of Life

Ayur stands for Life, and Veda for knowledge.

Genuine knowledge however is much more than just understanding facts, but rather the deep knowing the truth of a matter. This is the highest form of knowing called Direct Perception. Life exists in both a gross and subtle form…The gross form ends when we die and the subtle one is immortal. It proceeds from lifetime to lifetime carrying with it our karmic seeds. Ayurveda is the science of life, both gross and subtle.

Ayurveda originates from some 3000 BCE in the Indus Valley, though exact times are unknown. The Vedas emerged from this region and are the oldest writings of Vedic Knowledge around before 1500 BCE, though its roots precede written texts.

Ayurveda as the “KNOWLEDGE OF LIFE”, i.e. the science of life is the oldest holistic science known to mankind. It truly holds the key to a harmonious life.

Ayurveda’s principal goals are to keep people healthy as they pursue their more important spiritual goals and to show us how to use health to achieve the path to enlightenment. It is the science of creating harmony between our physical nature and our environment as experienced through the five senses.

Once we forget our true nature as spirit, we understand ourselves as body and mind beings only. With that misunderstanding, the meaning of life becomes a simple pursuit of pleasure.

Our senses are like portals, kind of vehicles through which we relate to the world. We constantly take in energetic and physical impressions, which are either harmonious or disharmonious in relationship to our constitution. When people take in to their body what doesn’t match with their constitution, they are considered to be misusing their senses, creating disharmony, which in turn causes disease. Another form of misusing our senses is by taking in too much or too little of what is energetically harmonious for us.

What is Your Constitution? What does it mean?

Our Prakruti, or constitution is born with us at conception and means “the original creation”. It is permanent throughout our lives and has its own unique balance of the three doshas to the individual as found at the moment of conception. Our constitution is often defined in percentages. Previously created karma has much to do with the Prakruti we are born with.

The present nature of a person refers to the balance of the three doshas in the body right now. It is very rarely the same as the person’s constitution. The three doshas are strongly affected by our environment (including anything that we are exposed to through our five senses thus what we eat, smell, see, hear and touch) and how we live our lives. Our present nature is called Vikruti, which means “after creation”. It is the altered balance of the three doshas in the body at the present time.

Why are the 10 pairs of Qualities important?

The five-element theory is the basis of Ayurvedic knowledge. The ancient sages observed that everything in nature is made up of a combination of the five elements. They are the building blocks of all of creation.

Ether    The idea of Ether represents Connectedness, Empty Space, A Field of Possibilities and Probabilities, Ether is the fabric that all of creation is built on. In the body it represents the cavities or empty spaces that exist, in the mind it represents Consciousness.

Air        The idea of Air represents Motion, Movement, the Capacity to Move things such as Magnetism, Gravity, Thermodynamics, Propulsion…

Fire      The idea of Fire represents Heat, Light, and the power of Transformation. In the body it governs Digestion, in the mind Perception.

Water   Water represents the idea of Flow, liquidity and Cohesion to hold everything together. In the body it represents Fluid, in the mind, it appears as gentle, loving, and compassionate emotions.

Earth    Earth represents the idea of Solidity, Solid Form of Matter, and Stability. In the body, it represents our physical structure, in the mind it represents mental stability.

Why is an understanding of the 5 elements and 10 pairs of opposing qualities important according to Ayurveda?

Each of us has a unique balance of the five elements and the three doshas and this balance is called our constitution. Knowledge of our constitution is fundamental to staying healthy. In order to fully understand the nature of any aspect of creation, including the five elements, one needs to understand it in terms of ten pairs of opposing qualities. All of nature is made of a combination of these qualities. If the qualities of the disease is understood, and the qualities of the medicine is understood, then the practitioner has the information needed to prescribe medicines that antidote the qualities of the disease.  The knowledge of this “code” makes treatment possible in Ayurveda therefore it is crucial for all Ayurvedic Practitioners to understand these attributes.

How Ayurveda Helps You to UPGRADE Your Energetic Signature

We help You with…